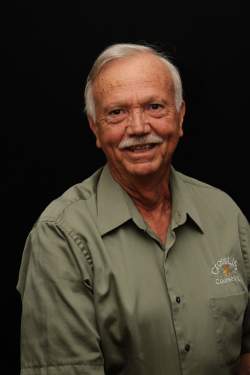 Paul was raised in Ft. Lauderdale with three sisters and two brothers. He Graduated from Ft. Lauderdale High School in 1961 and attended Florida Bible College long enough to gain the attention of the draft board. He then quickly joined the US Coast Guard.

He dated Lynn in High School and after dating for several years married in 1965 while he was assigned to a reserve unit after spending time on aboard ship. Lynn and Paul have four children all of which are grown and on their own. His greatest fear was the “empty nest syndrome”. Much to his amazement God has kept them close by and the family unity is priceless.

His oldest son is out of state but communicates on a regular basis. His two daughters are less than a mile away and his youngest son, his wife and two grand children make a whopping seven mile trip to visit.

Paul's interests are hunting and airboating. He has been involved in fossil hunting on the Peace river for over 20 years and enjoy the opportunity as a Field Guide through Creation Studies Institute.

Paul has been involved in counseling for many years starting with the jail ministry as an assistant chaplain as well studying and training through several colleges to further his education in counseling.During this time I held a steady job for 38 years with a Florida Electrical Utility.

As a retiree for 14 years now Paul appreciates the way God has lived His life through him and invited him to participate in what He is doing in and around him. Paul reflects how in retrospect, God has demonstrated His participation in his life long before he ever realized it; proving to him that His love is not emotional but it is who he is, God is Love.